How Lockdown Has Redefined Home as We Knew It 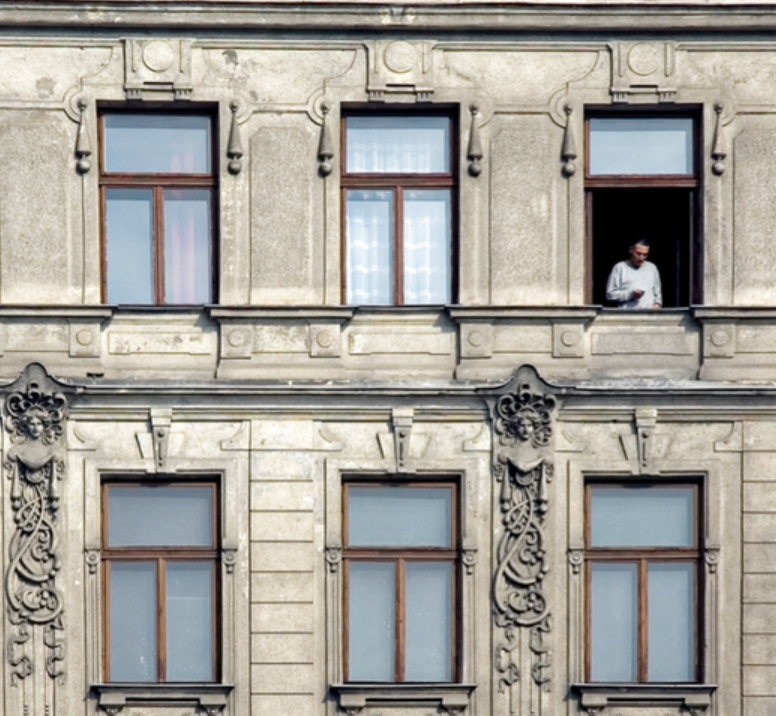 Believe it or not, that throw pillow you saw at Home Goods once was right—home is where our story begins. And in the past eight months, it’s never been truer…or maybe this is just the first time we’ve had enough of a pause to witness it firsthand.

The onset of lockdown was a different experience for most. For me, it began as an extra two weeks of spring break and unraveled into an unprecedented leave from my university that, as the end of 2020 draws near, still has yet to be lifted. On that day in March, we were ecstatic about the extra time to ourselves. Yet on that day in March, we also had no idea that our entire lives could ever become so hinged on isolation.

What does it mean to “feel at home?” Why is it exactly that there’s no place like home? Smithsonian Magazine defines it bluntly: home is home and everything else is not-home. But the more earnest answer isn’t as objective. During a time of normalized quarantine, with staying at home having been deemed the most effective way to stop the spread, home has been epitomized as the ultimate safe haven. Of course, prior to lockdown, our homes were where we would return to unwind, reconvene, and decompress in anticipation for another day out tomorrow.

But all at once, out was no longer an option. Home became the gym, the office, the lecture hall, the grocery store, the hair salon, the bank, etc. We owe much of our remnant interconnectivity to the internet as online communication became even more of a lifeline than it had previously been. Yet despite the versatility we achieved, home started to feel like a little less of a sacred space and more like a bunker. For those with children, I’m sure it took some time to get used to family life intertwined with every other aspect of your day. As someone who lives with roommates, we primarily relied on each other to navigate a newfound college experience from the confines of our bedrooms.

At the start of the pandemic, lockdown felt paralyzing. It was an inescapable timeout that only felt somewhat manageable by virtue of the fact that everyone else in the United States was stuck in the same standstill as I. Humans are a creature of adaptation; in the face of adversary, it’s in our very nature to embrace whatever is at our disposal and persevere. As we arose from our personal periods of grief and mourning for life as it was a short time ago, home became a nucleus for reinventing ourselves, uninhibited by our collective circumstances. New hobbies that were in fact not new at all—bread baking, sewing & crocheting, at-home workouts, herb gardens, and puzzles—ravaged the internet as newfound sources of self-improvement in lieu of how we used to feel productive.

From our homes, we found ways to rediscover ourselves. But when times were tough and tough as they still are, we were also able to see who showed up for us. It was in our safe spaces—our homes surrounded by unfathomable devastation—that we were reminded of the necessity of expressing love for one another. For the same people we had woken up next to, shared a living space with, borrowed a sweater from, and fought over the dirty kitchen with. It reminded us that we are who we are because of the people we are surrounded by. And with the extensive ranges of virtual communication, Zoom and FaceTime and other platforms like it made it just as easy to reach out to people we haven’t spoken to in ages; perhaps a girl from your fourth-grade class that had once been your best friend, or an estranged cousin who has now started to call you first after that one conversation that showed her how much you still care.

Home is where our story begins. It’s never been truer. And it’s never been truer because we’ve seen it for ourselves. Your story doesn’t have to be bound by making focaccia, or learning how to embroider, or discovering any new creative outlet at all. Pushing forward will always be a feat all on its own; reward yourself for that. Remember that nothing in nature blooms all year round. You can’t expect yourself to either.

Meredith Kucik is a senior at UNCW working towards a B.F.A in creative writing alongside a certificate in publishing.