They're After Your Bird Feeders and Power Lines

Forget fallen tree limbs or power grid cyber attacks, because your local tree rats can cut the cord in just one shocking mouthful. 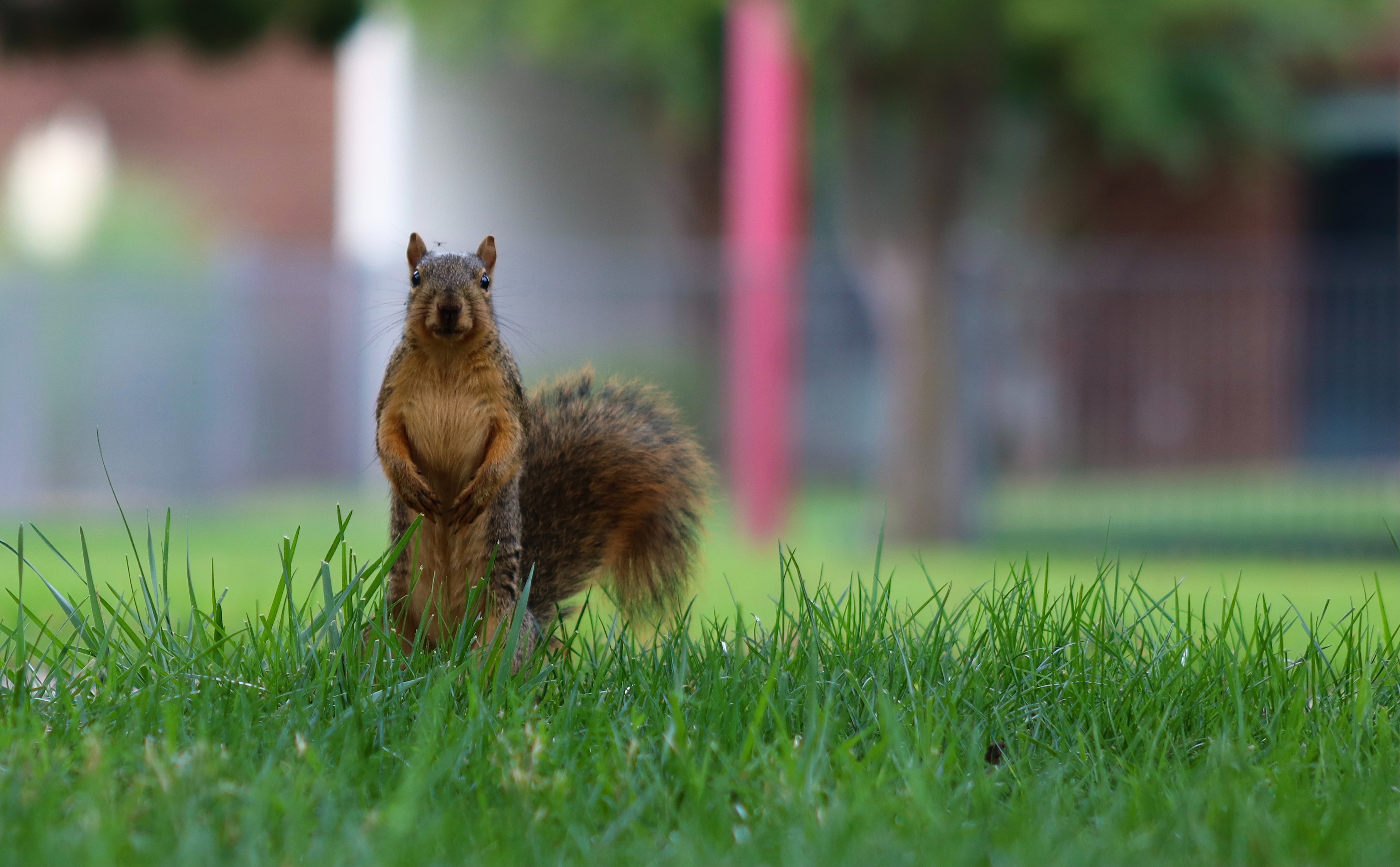 Consider local power lines as one and the same as the Washington Metro, but for squirrels. For these tightrope walkers of their own kind, suspended electrical wires are the ideal expedited route between the here and there’s of all the thicket and brush throughout the DMV. Squirrels instinctively tend to compile twigs and fallen foliage dens from at least 20-feet above ground level, thus making the nooks of telephone pole transformers the perfect nesting spot.

If you ask any Marylander about squirrels, they’ll likely envision the Eastern gray squirrel, which inhabits every county in Maryland. Yet, although rather commonplace critters, there are still a few of us who can’t help but coo at the bushy-tailed buggers as their tiny hinds fiddle with beechnuts, or hurry hijacked bird seed into already bulging cheeks. But those dexterous paws and practiced incisors are precisely what equip squirrels to be a leading culprit behind widespread power outages.

In June of 2011, customers dining in several Bethesda restaurants were left to enjoy their meals amid darkness along with nearly 1,200 other businesses without power. Restaurant-goers blamed local electric power sources; local power sources blamed a squirrel. And again, in September of 2012, another few unfortunate bites by a squirrel left nearly 9,300 without power in Arlington, Virginia.

Cyber Squirrel 1 tracks and archives global attacks on critical energy infrastructure by a variety of wildlife, including snakes, birds, raccoons, monkeys, and even jellyfish—but most frequently squirrels. According to the site itself, Cyber Squirrel 1 “lists all unclassified Cyber Squirrel Operations that have been released to the public that have been [confirmed]. There are many more executed ops than displayed on this map however, those ops remain classified.”

As practiced climbers, squirrels are just as fond of attics and uninhabited crawlspace as they are power lines, and they won’t hesitate to sink their teeth into wooden beams and insulation either. Although pesky, these animals mean no harm; most are just seeking a safe place to sleep, store food for the colder months of the year, or shelter their babies.

Got squirrels? See what The Humane Society of the United States recommends you do to shoo them out safely.