Vote Like Your Life Depends on It. Because It Does. 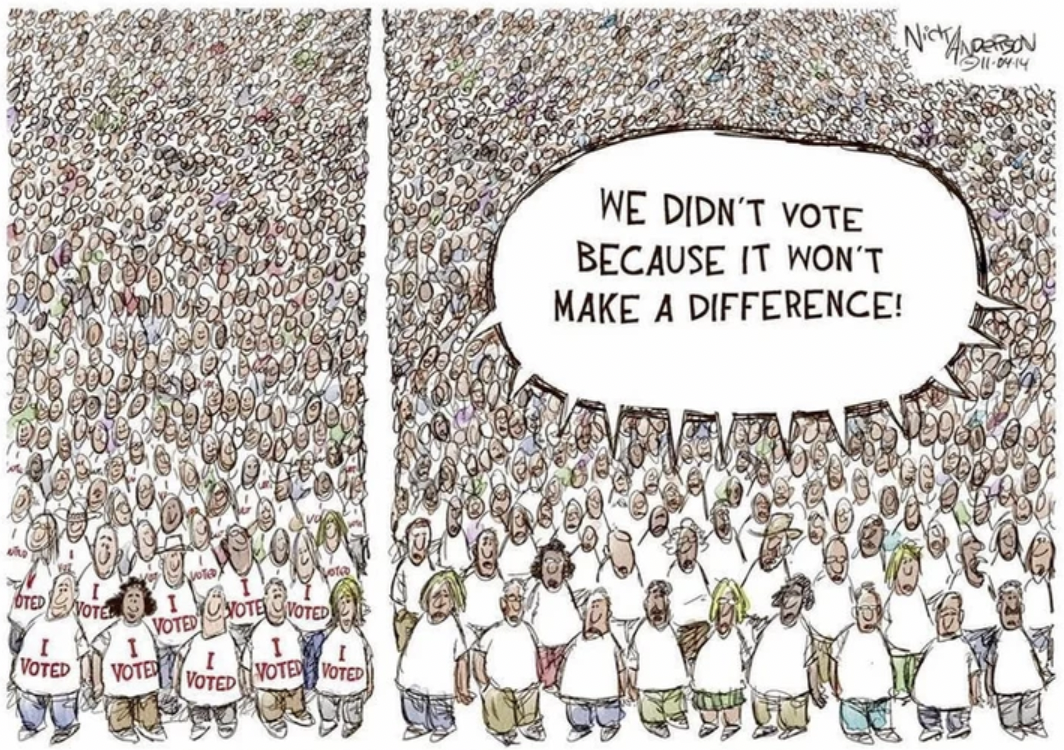 If you’re on the fence about voting on November 3rd (or earlier!) or aren’t planning on voting at all, you should be doing some serious reconsidering at this point; especially if your response falls along the lines of: “I’m just one person; my vote doesn’t really matter.” No!

First and foremost, your VOTE is your VOICE. It is plainly a privilege in itself that we have the opportunity to use it and to do otherwise would be entirely negligent of our civic duty as a unified society to speak up for ourselves. Of the people, by the people, and for the people—remember? Today, most American citizens of and over the age of 18 are eligible to vote in both state and federal elections merely upon registration. But suffrage hasn’t always been so inherent; and for many it still isn’t.

Surely the 19th Amendment of 1920 and the Voting Rights Act of 1965 marked the start of greater voter inclusion and ushered in a new population of voters with a political agenda that ultimately transformed some of our most basic rights. As contemporary voters, we stand on the shoulders of the Americans who died for us to have as loud of a voice as we do today. Yet even still, the polls won’t receive everyone with open arms this election season. Nearly 5.2 million citizens with felony convictions are barred from voting in many states; some have their right to vote revoked indefinitely. Also, simply due to their immigration statuses, non-citizens, even if permanent legal residents of the United States, are also among the vast demographic who cannot vote. So, think about how many valid opinions are ultimately left out of the electoral process. If you’re not among them, speak for them!

The power of the youth vote comes into play here. Unfortunately, newly eligible voters notoriously tend to feel inclined to opt out of their opportunity to cast a ballot by virtue of either feeling ill-informed or disinterested in the either candidate. Yet, “while young voter participation in 2016 declined by 2% from a record 52% at the 2008 election, today the voting population includes almost equal parts millennials and baby boomers.” The 2020 election is particularly hinged on the votes of young Americans as 16 million more people of the generation Z are eligible to vote this season than last.

Certainly this year, it probably feels like the odds are heightened against you in terms of successfully casting your vote—in-person voting may seem to precarious due to pandemic-specific challenges, but mail-in/absentee ballots are an alternative for those hesitant to a vote at a polling place on November 3; just make sure you follow deadlines closely as high mail-in voter traffic has created delays within the U.S. Postal System. If you’re able to vote in-person and will take the proper precautions to do so, you may find more peace of mind in the secure collection of your ballot. Social distancing will also be in effect at official voting booths. You can do your part by simply practicing the good ole 6-feet rule.

Please remember that your vote counts. Your vote matters. Your vote is one vote, but it speaks for many—so use it.

Meredith Kucik is a senior at UNCW working towards a B.F.A in creative writing alongside a certificate in publishing.